). I’ve opened the VMM console. Went to settings, than System Center settings and I’ve opened the properties of Operations Manager Server. Click on the SQL Server Analysis Services tab and entered the SQL server name, the SQL instance, the port that I had set and the credentials to connect. To my surprise I’ve received and error to my surprise I’ve received an error message:

The SQL Server Analysis Server %ComputerName; is not reachable.

I’ve opened CMD and checked if there is a connection to the SQL server and the port via Telnet. Connection was OK. Than I’ve replaced the port with 0 and connection was successful. SQL Analysis Services were configured successfully. To me this is a bug and I will try to log it. 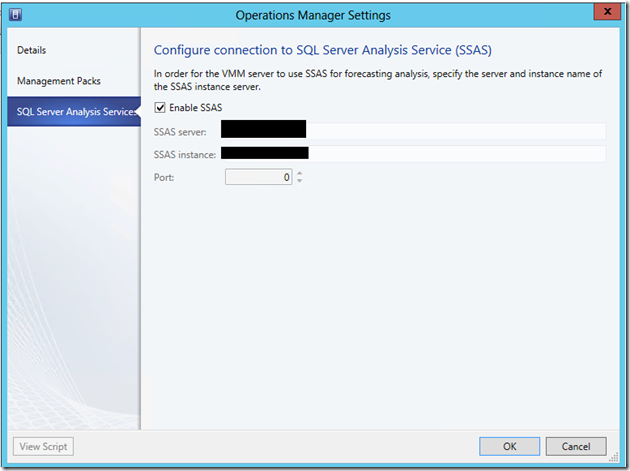